What began as a personal mission to save money and conserve natural resources turned into a great deal more for homeowners Karen and Lamar Erdman. In early winter 2007, the couple began searching for renewable energy alternatives that could help them be more frugal at home and in their daily lives. They discussed several options and eventually decided to use solar energy to create the hot water needed for bathing and washing dishes and laundry in their home. After searching for solar hot water (SHW) products that were not only the most efficient, but also the easiest to install, they discovered SolarHot, a North Carolina-based manufacturer. The SolarHot system had the highest efficiency rating in its class from the Solar Rating and Certification Corporation, a rating Karen says is, “… like the Good Housekeeping Seal of approval.”

Getting the product was a challenge, because SolarHot systems are sold only through distributors and there were none in Central Pennsylvania at that time. The couple was asked if they would consider becoming a distributor, and six weeks later, they were off and running. Karen and Lamar started a retail sales and wholesale distribution company called Maximus Solar, LLC in May 2008 that has been going strong ever since.

As Maximus Solar expanded their services, it was a short, natural step to include installation of solar photovoltaic/ electric (PV) systems that enable homes and businesses to secure dependable power from renewable resources. Karen says solar electricity is one form of energy generation that does not involve any moving parts, so it substantially decreases required maintenance, increases reliability and lengthens equipment life.

According to Karen, investing in an SHW system is a smart solution for most homeowners and businesses. Its technology offers long-term performance with low maintenance, and a solar system adds value to a home, while helping to preserve the environment for future generations.

Karen notes that one major financial benefit of an SHW system is its predictability. “We can always count on the sun’s presence,” she says. “It is renewable energy.” The system has a set cost upon installation, but after that, its fuel—sunlight—is free.

“Investing in solar can provide multiple benefits, including reducing electric utility bills, selling excess power back to the utility [company] and offering federal tax credit incentives,” Karen advises. “The solar systems also generate renewable energy credits, which can be sold to utilities or on the market.”

The firm’s technical advising staff, with more than 30 years combined experience in the electrical power and construction business, are Pennsylvania-licensed solar contractors who have electrical engineering degrees and are approved by the Department of Environmental Protection (DEP). Maximus also has a certificate for PV and SHW training from the Interstate Renewable Energy Council’s Institute of Sustainable Power Quality (IREC ISPQ). Karen says they are dedicated to educating businesses, individuals and communities about the high efficiency, low maintenance and environmental friendliness of solar electric and hot water systems.

One common misconception is that solar will only work in areas that are warm and sunny all the time. In fact, Karen says solar electric panels work best in the cold, because cooler weather increases the system’s efficiency. Anywhere that electricity and hot water are needed—homes, office and retail buildings and schools and government facilities—solar PV or hot water can be used.

“Solar energy is not a cheap investment, but it is just that—an investment,” she explains. “After that initial investment is paid off, usually within five to eight years, you have free energy and a total gain.” 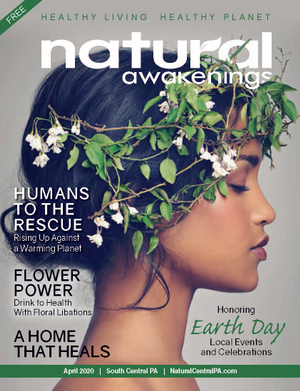