Perimenopause is referred to as the time-period in which a woman is transitioning from premenopausal reproductive years into menopause. This phase begins about eight to 10 years prior to menopause in most women, and brings on changes to the menstrual cycle such as heavier or infrequent bleeding and irregular cycles. Sometimes these changes come on so slowly women may not notice that much seems different at first.

During the perimenopausal period, other aspects of a woman’s health, in addition to her cycle, may become less predictable. Examples include changes in sleeping habits, mood shifts, memory changes, temperature changes, decreased energy, decreased libido, vaginal dryness, urinary incontinence, increased anxiety and depression and changes in body composition. Some women also start to experience acne, increased breast tenderness and uterine cramping, which can all be signs of hormonal imbalances.

There are hormones and metabolic markers to help women understand what is transpiring physiologically. The challenging part of this, however, is that during perimenopause, hormones are often changing not only month-to-month, but irregularly throughout the month.

Progesterone typically starts to decline first, due to less frequent ovulatory cycles. For example, one month a woman may have more drastic fluctuations in estrogen levels with adequate progesterone due to ovulation occurring, and the next month estrogen might be more stable with lower levels of progesterone due to ovulation not occurring. This can result in symptoms changing drastically from month to month which infrequent lab testing may not be able to catch.

Essentially, a woman’s form of hormonal imbalance may vary, making it difficult for one hormone lab test to truly represent a woman’s experience. This is where having an astute clinician that can assess symptom fluctuations and make sense of what possibilities are likely occurring is highly advantageous. It is also informative when women can share their tracking data collected throughout the cycle to understand the relationship between bleeding patterns and symptoms.

Once a woman has been without a period for 12 months, she is postmenopausal. This phase is met with a dramatic drop in both progesterone and estrogen hormones, which can have similar, yet differing symptoms compared to perimenopause.

The more dramatic drop in hormones can build upon the changes in body composition, such as increased abdominal adipose, while a premenopausal woman would more often gain weight in the hips and buttocks. The menopausal time period also calls for closer monitoring of cardiovascular disease markers, as well as bone mineral density, which can be checked via a dual-energy X-ray absorptiometry (DEXA) scan to screen for osteoporosis.

There are several ways in which women and doctors can work together to create an optimal plan that empowers them as they embark upon a seemingly difficult transition which has also been described as liberating. Common first-line assessment labs may include adrenal and sex hormone testing, vitamin D testing, metabolic and thyroid testing, among others, depending on individual needs. Interventions may include hormonal support, adrenal support, vitamin and mineral supplementation and anti-inflammatory supplements, as well as dietary interventions to maximize metabolic functioning.

Transitioning through perimenopause and postmenopausal life phases can be accompanied by ups and downs. However, there are routes to help women understand their bodies and feel empowered to make shifts that can help them feel their best. 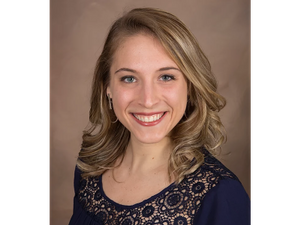 Dr. Ashlyn Zikmund is a naturopathic doctor at Natural Paths to Wellness, located at 1524 Cedar Cliff Dr., in Camp Hill. She has a special interest in gut health, women’s health and metabolic syndrome. For more information, call 717-494-4500 or visit NaturalPathsToWellness.com.

8:00am · The Campus Theatre
View All Add Your Event